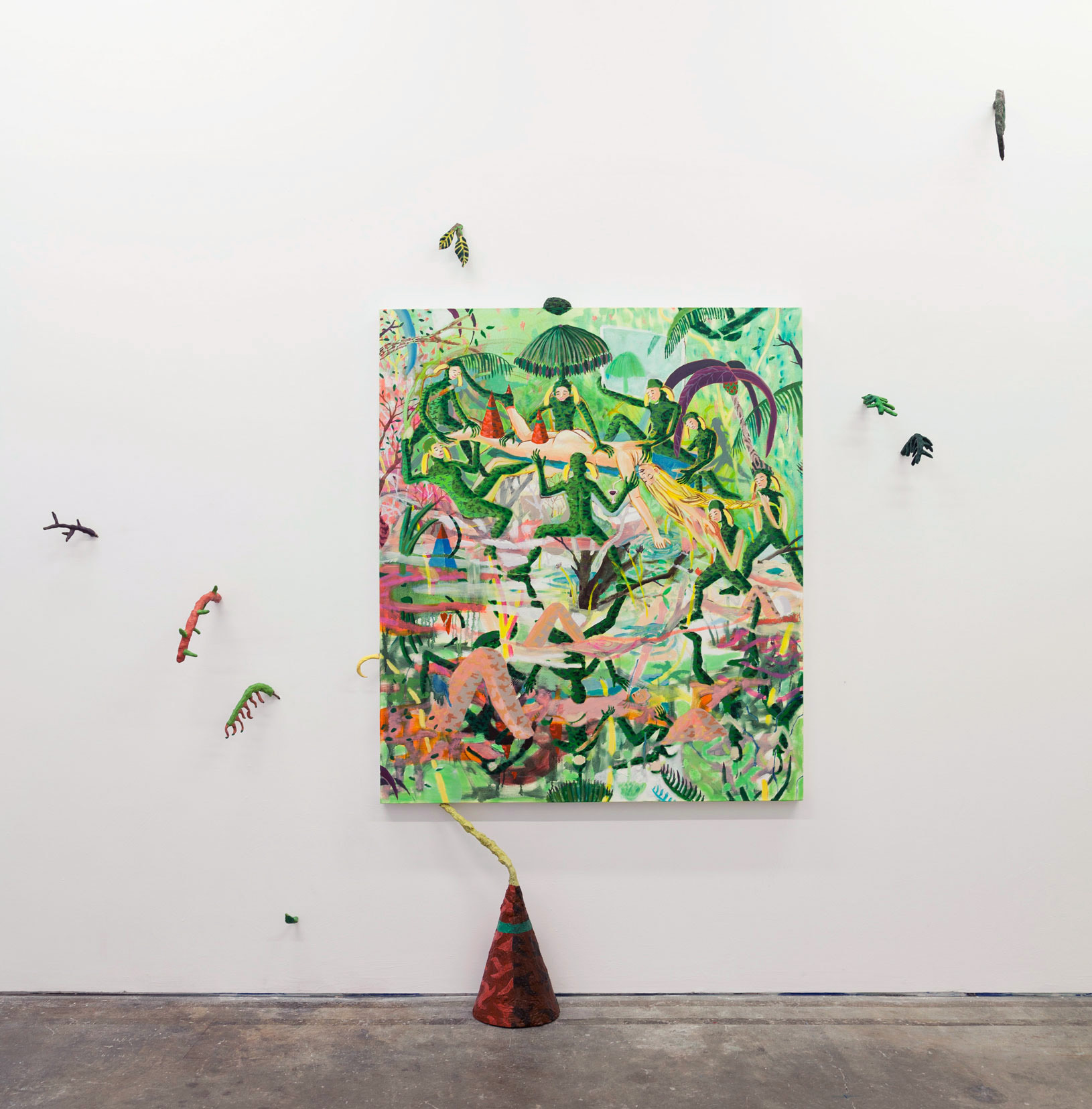 Habits assume the form of abstraction that treats the repeated instances of feelings or images as being all the same, thus forming categories. Imagination as an agency overcomes this by producing the ‘second nature of habit’ and this in turn points towards the production of indeterminate aesthetic ideas. Aesthetic objects differ radically from the objects of everyday experience because they enable imagination to both exceed and in turn discover finality within itself. In aesthetic judgement “imagination freely produces its own law” (Kant) and this in turn becomes an exercise in the process of being able to present autonomy and freedom. The conjunction of these three artists, breathe intensity into these abstract concerns with imagination, taking us into zones that do not begin nor end, but instead suspend or arrest. This structural dislocation from either practical or cognitive ends is thus liberation from measurability and marks instead, or is even the very mark that gestures free play as an indication of potential immeasurability. The relationship between the image and time is stretched and pulled by the forces of imagination that lead to a synthesis of quite other worlds not given in empirical cognition. As an intellectual discussion on this conjunction of artists it is more than fitting that the role of the imagination finds distinction. It is both an ancient discussion but one that points towards a post-contemporary space of emergence.

The art of Rose Wylie is not predicated on not what an image is, but what it might become and with this an impression emerges of a flickering indeterminacy that gestures the futural aspect of image presentation. Soaking up images as if from the underneath of the present, they are in turn subject to a play upon both memory and imagination, as if both registers are so close to the other, as to be indivisible. It is as if the temporalities of images are being both stretched out but equally contracted (a pulse). We are invited to release preoccupations with the immediate sensation of the image, for an encounter closer to pulsation through which images themselves are formed. The emergent image is marked by a sense of contingency uncertain of the fixing of naming.

A sea of eyes, a myriad of intertwining bodies, a carnival of fantastical delight, the stretching of earthly bodies into the shores of the unknown, multiplicities warping and becoming charged with intensities, the ecstatic encounters with the elsewhere, are but snap shot phrases with this state of exception that we might term the art of Marlene Steyn. This state of exception involves the warping and weaving heterogeneous cultural references into a confederation of hybridity that introduces an aesthetics of unbounded excess.

Freya Douglas Morris art records ways of understanding distance and intimacy of travellers to locations lodged between this and other worlds. A swimmer sits, over looking an expanse of water in front of a secluded building. Is this a presentation of reverie touched by loneliness? The image hovers in this state of in-between. Then we have a group of bathers immersed with a pink saturation that exceeds the image within the sensation of immersion. Are such images but ciphers of seduction compelling viewers to extend their shorelines of becoming? Whatever they appear is to dwell in places that dissolve the in-between of distance and intimacy.