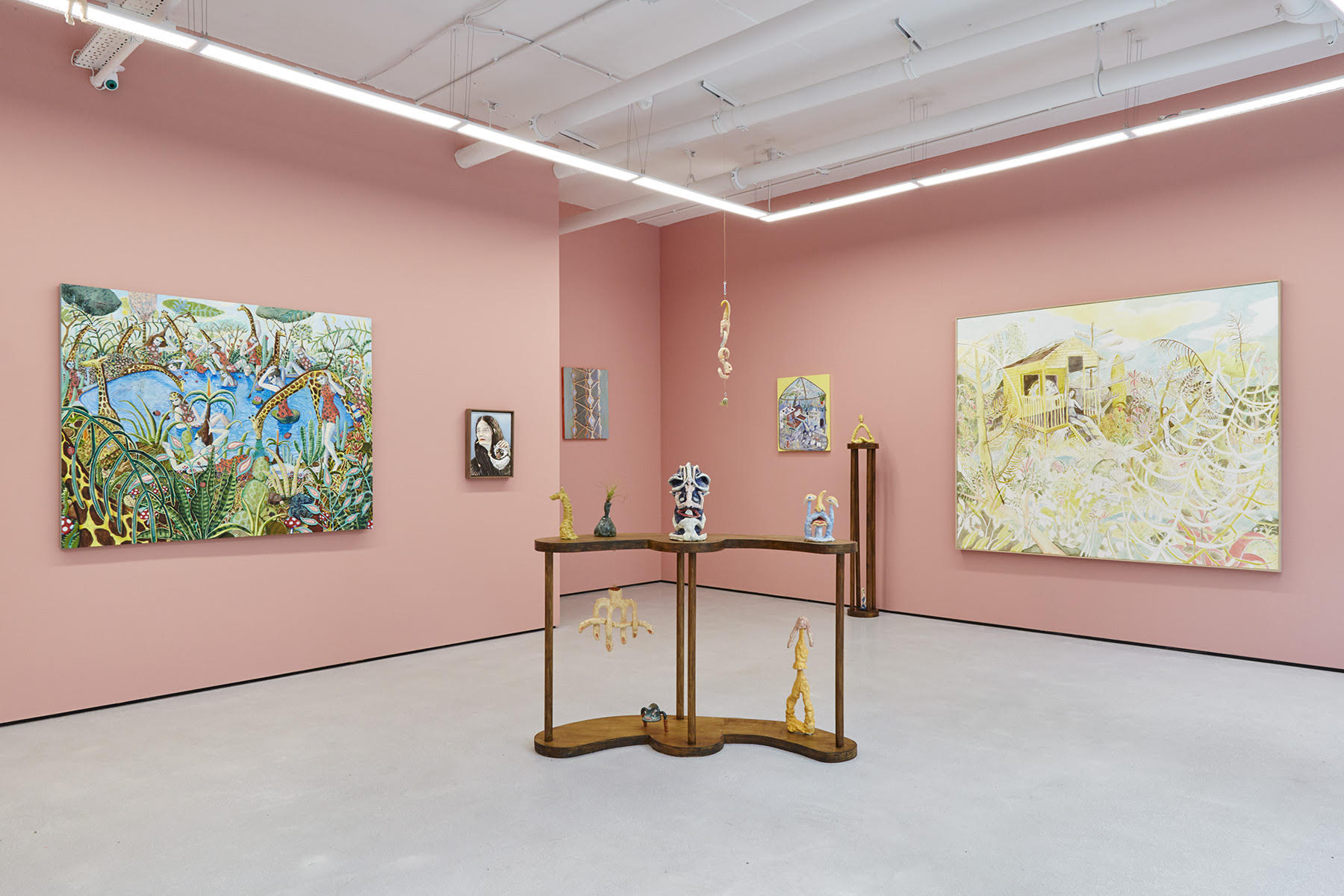 The air is dense with vapours emitted from the assemblage of images that dance between the gaps or fissures that link the functions of memory, imagination and dreaming. This links these works to states of suspension whirling outside of the immediacy of present reality in order to create an affirmation of that which does not exist. Thus the doorway is opened to non-identity or unreality. Adorno elaborated the underlying reason for this condition when stated that: “All artworks are writing, not just those that are obviously such; they are hieroglyphs for which the code has been lost.”

Just how many doorways are there in this imaginary building anyway and what constitutes the air that is breathed in this place? Have too many doors been left open because it appears that everything is being left free to roam? Passions mixed with animals, juices flowing and flowers scenting, bodies forming and mutating, desires erupting, freedom spacing, withdrawals of sense occurring, wildness spliced with refinement, sense filtered out of nonsense: all mixed up in the architecture called mind. Night and light are in full accord, external and internal spliced together. The night is the storage unit, the light the distribution of the collected affects and between the play of the two images are formed in order to exhibit relation. To exhibit relation is not an act of fixing an essence but rather to find release within travels that evade the formation of fixed identity. Perhaps this is just another way of saying that the artwork is a state of becoming or excess.

The Ancient Greeks had different concepts of time (telos and chronos) but the concept of the instant, or the moment of rupture, was named kairos. In opening time is such a way an edge was being indicated between the void and the act of naming and this links it to poiesis or the passage from absence into presence. It is not possible to be with such work without the grasp of its relationship to passage and rupture. The gestures contained within are animated by this mutuality of these two figures, passage and rupture. Of course it is possible to evoke flights of fancy, liberation of the imagination, release of forces, the inscription of other zones, suspensions of sense, chains of a-signification freedom from rule, form-forming form within chains of becoming, of secrets contained within presence, all serving as the other attendant figures but without the coiled spring of the abstract figures of the play of image and time they quickly become emptied of content. Another way of saying this is to state that to evoke the realm of the imaginary requires the edge of something that might interrupt the tendency to simply assert the gesture that wishes to assert freedom from direct signification.

Without boundary, a condition close to both pulse and form, presenting signs of temporality drifting this way and that, delight in free play persists.