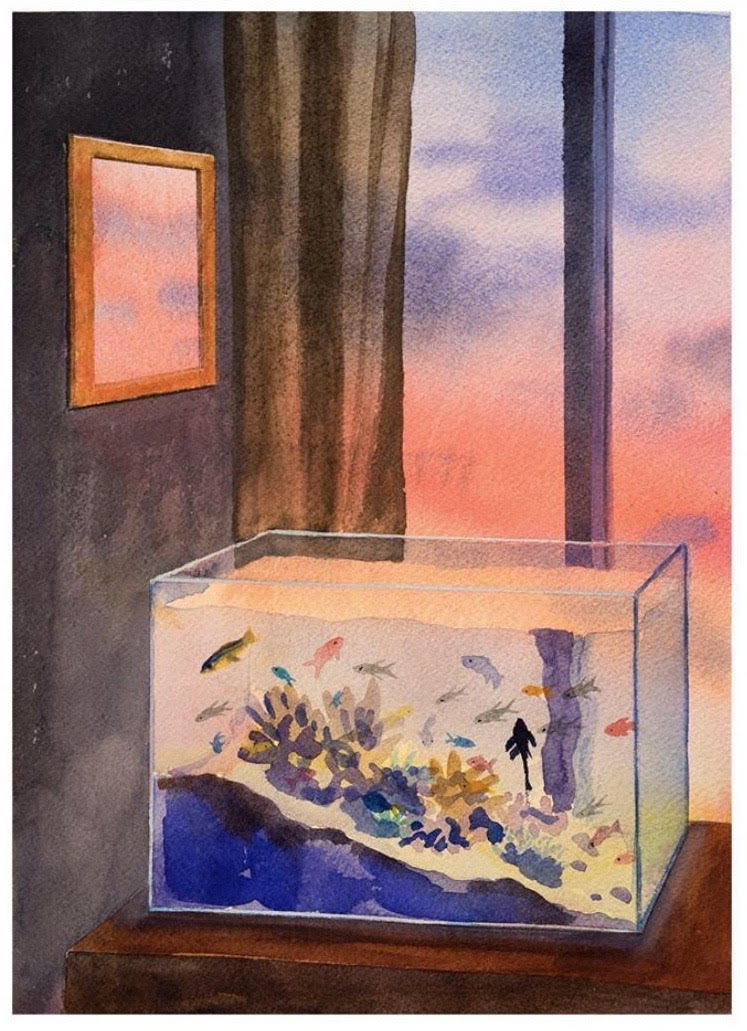 Words mutate and either lose or gain in sense. This involves in this instance an invention of a new orientation that involves both staying put whilst finding a way of moving, a new attitude to being with and the spacing it entails. A whole world exists outside of this word, but this is a world stripped of its habitual openness. Having a world has changed its sense. The way we might draw lines relating to inside and outside have been transformed alongside the mobility expressed through the very act of feeling this is related to an expansive act. Staycation is a conservative word because it signifies both retreat but also conservation. It is also mock ironic in that it involves a stance as much as implying an action, striking out of the vestiges of autonomy and with this freedom. If there is a gesture contained within it than it points towards modesty which strikes against the excess of the idea of the contemporary and all the global rhetoric that attended it.

Exhibitions in August invariably are expressive of an in-between passage that combines retaining and anticipating a new cycle. It is a month of being away from things, of letting things slip by, a sense of ambivalence pervading within a time emptied of urgency. Added to this feeling of in-between, is the question of the “what next” and this is in part a question of energetics. This is the difference between knowing that things will change but waiting for this to become manifest and making change manifest within work. In simple terms the orientation of work shifts on the level of energy as opposed to thoughts through which such shifts are articulated. This can also be understood as a diagrammatic of continuity and discontinuity, fluidity and opacity, intensities and investments and loops and folds. In effect what becomes visible are new modes of gestalt recording the movements of the inside and outside. On the level of abstraction this exhibition is a way of indicating how lines drawn become sensitive to traits, how patches of colour serve as attractors of the elsewhere, how materialities collide with forces, with all these events opening out surprise within a field of modesty.

Minyouug Choi’s watercolour series “Sunset” presents the enclosed world of the domestic clear glass fish aquarium. There are a series of frames, the aquarium, the frame of the painting on the wall, and the window frame. This points to the way nature is framed in terms of different orders of presentation and mediation.

The ceramics of Bea Bonafini focus on the relationship of Mother and Child but each occasion the mobility of forms, figures, touch, visuality and pattern. Each objects records attention that shifts through decorative and austere modes without fixing on any register leading to clear designation.

The painting of Jane Hayes Greenwood is close to a picture puzzle consisting of a whole sequence of folded realities or identities. At once a petal, a chair and a being it points towards a world in which all entities appear and disappear into one another.

When is an object just a simple object, cast aside or suspended in a void of non-connection? Lyle Perkins appears to probe this question which resides within the gestalt of foreground and background which haunts the viewer with the sense of things not quite being as they appear.

The paintings of Freya Douglas Morris invariably occasion a narrative content that introduces the play of multiple worlds consisting of both interior and exterior realities.

Marlene Steyn introduces into the realm of images culled from the imaginary drift of a striated order without limited definition of the outside. Her paintings are eruptions of sense, teasing the eyes into continual search for lost origination.

Enya Lachman-Curl presents the dissolution of forms becoming virtual drifts that in turn becomes the mapping and stratification of difference.

The dual figures of the fragment and drifting are the main pre-occupations of the recent painting of Jonathan Miles.