A Mutation of Fortune    by Leah Stewart 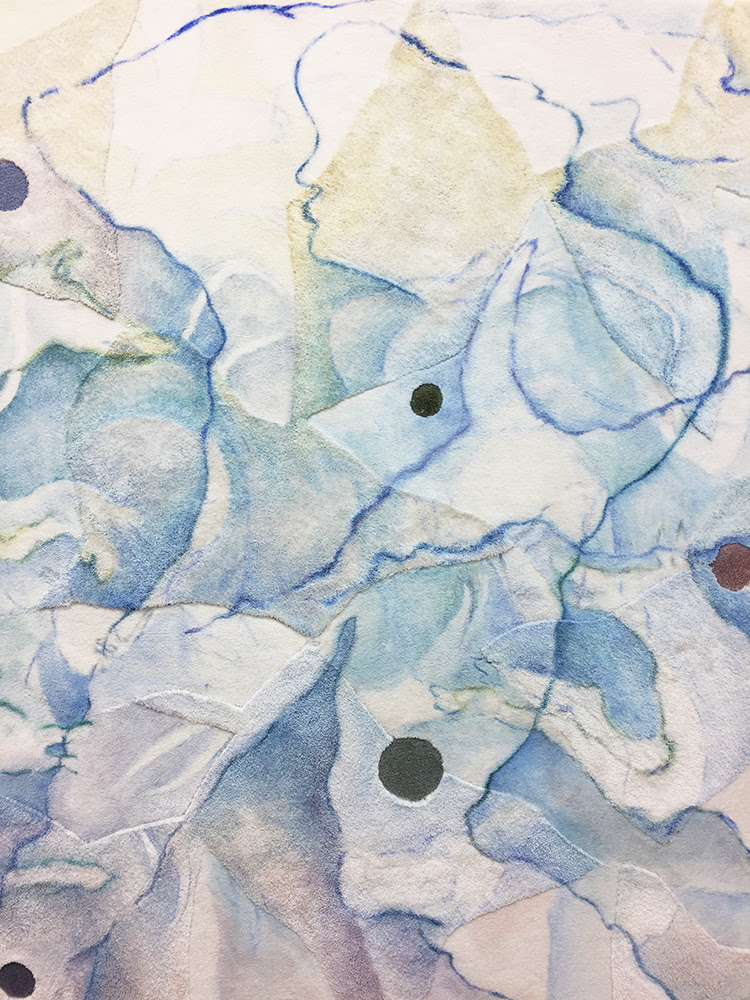 Two women sit facing the other. Both have a large pair of scissors in their hands. There is a short passage when they look at each other with an unusual intensity and then in turn they start to cut away at the other’s hair until a point is reached when the hair of each is on the floor rather then heads. Both seemed to act as a mirror for the other and finally identities appeared to merge by virtue of the baldness that was assumed. In terms of recollection what was remembered was the sound made by the cutting motions and this remained vivid years later.

Now that she had survived, it was time to witness those who hadn’t. For her Pompeii was both a memory palace and at the same time a burial chamber, but one that contained excess in-between these two images. This sense of an excess functioned as an opening of the yet to come, closer to an idea of an exquisite void in which shapes and textures of an elsewhere might circulate. For her art was the meeting point between such circulations but always in ways that were either side of the translations of sense that must be made. She thought that she might be attempting to capture the pulse of time so as to bring it close to touch. She described painting into the carpet pile as being closer to massaging paint into the deep of the pile, as opposed to inscribing on a surface. Inscribing was too close to the edge of cognition. Massaging was also linked in her mind to the act of staining. Anyway images started to appear within the weave, which also actualised the weave of the image and time.

On visiting the National Gallery she would often stand in front of Uccello’s ‘The Battle of San Romano’ (1438-40). She is not sure if she knows the painting well, or is still in a process of being stripped of the thought that such a feeling can be secured. Sometimes she stands close up but then retreats back as if wanting to grasp the whole. The painting appears to mix different economies and forces: perspectival space, the attention to decoration, design, theatre, abstraction and observation. As a painting it forms an intersection of periods.

Being shed of hair was an intersection but also the passage of time we are living through is another mode of intersection. She experiences this as both losing sense and gaining yet another form of sense but whatever she trusts the immediacy of her hands and the ability to weave images and temporalities into new forms. “Things are never really so apart,” she thought “it is just the failure of imagination that makes them such.”