With these two marks, // you pause for an indefinite amount of time, until you see fit to continue. It is an undefined mark that breaks the rules of the score and allows the situation and the demand of continuation to bite into rigid order. 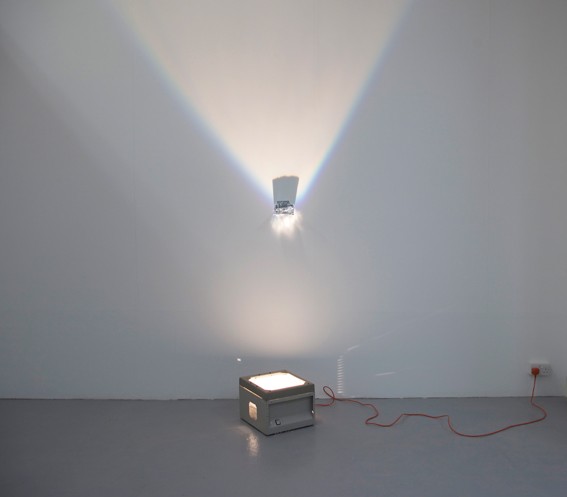 
Lychee One is pleased to present new works by Vesta Kroese and Catherine Parsonage.
The exhibition is built around themes of order, repetition, interruption, and chaos, and borrows the terms “Rhythm, Movement, Caesura” from their uses in music, poetry, and philosophy.

The floor piece Where no one speaks, reads nor (study for ‘a wordless city’) by Vesta Kroese includes cardboard cutouts of packaging which have had all visual and written information removed. Trimming away the language and flattening the forms creates a collection of architectural models that have been arranged on the floor following ideas from Le Corbusier’s plan for The City of Tomorrow, a utopian project that pioneered the practice of urban planning. The gallery forms the landscape and terrain on which the city rests. On the other side of the wall is a staircase that allows the viewer to accentuate the bird’s eye view provided by the model. The stairs echo the architectural structure of the gallery including the underside of a set of stairs directly above them.

On the opposite wall, Catherine Parsonage has hand-drawn a wall design that again echoes the triangular structure of both sets of stairs, and the angle of the triangular window above the stairs. A little called anything shows shudders plays with notions of scale and distance as the design vibrates and changes according to the proximity at which the viewer stands. Small paintings of chrysanthemums punctuate the pattern adding an element of the organic and rest. The chrysanthemum can be read as a feminine caesura, an accent on an ascending note. Both the wall design and the highly realistic flower paintings leave the viewer in an oscillation between pleasure and disgust.

The exhibition is accompanied by a catalogue essay by Àngels Miralda, on themes of the scale of the human body in relation to the city around it. 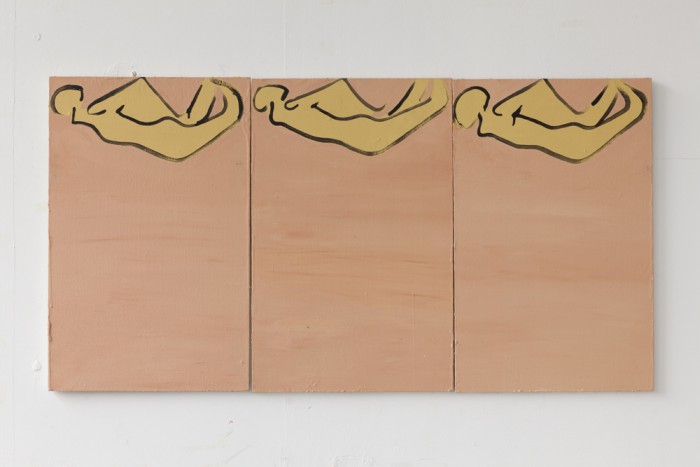 Vesta Kroese, lives and works in London.
Vesta Kroese graduated from the Sculpture MA at the Royal College of Art in 2014. Since graduating she has been involved in a number of group shows including ECHO Radio Station, Function Rooms, London; There Was an Opening, The Carpet Was Squishy, Flat Time House, London; This Has Nothing to do With Politics, The Function Room, London; and 13 Ways of Looking at a Guitar, Folkies Music (part of the “You Are Here” programme organized by Camden Arts Centre & Kingsgate Project Space), London. Selected past exhibitions include, In Search for the Miraculous, Floating Island Gallery, London; At Random, Opperclaes, Rotterdam; Middle Land, Departure Foundation, Birmingham; and Bypass/Passby, Wereld van de Witte de With, Rotterdam.