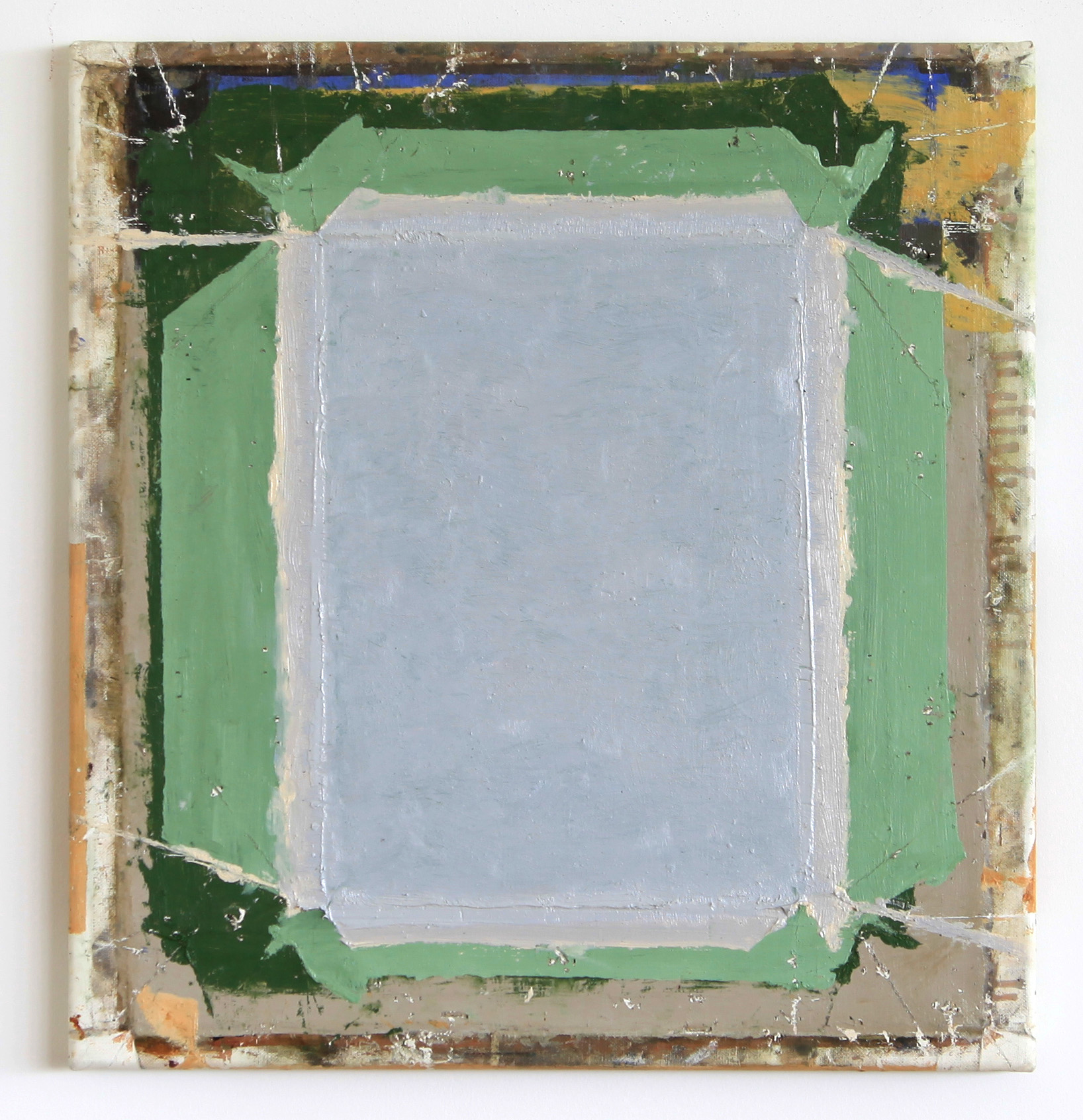 A Wall in Naples, Feeder

The Painting of Filippo Caramazza

A wall in Naples, an aviary, fragments from a forest, then a group of postcards: such are the objects of these paintings but in ways that are always the more or less of them in a seriality of additions and subtractions.

A wall in Naples, but not any wall, but a wall marked in and by time, a wall becoming a mark of a wall, marked and then marked again, as is in an echo chamber of marks, thus staging the inception of another time.

Are we entering a secret world composed of things unsaid or never properly apprehended? The secret is always elsewhere to what is present. (Who said that time is the economy of the secret because presence comes from the future?) Such questions can never be answered in painting but nonetheless a tone is issued instead.

Is there a quest or a struggle to stabilize the meaning of things? If so, it has a quality of slipping away but then it is this sense that is implicated in incessant reiteration.
Thus a return to yet another wall, trapped between memory and the yet to come.

The image is cut into, folded over, re-configured, copied, de-figured, arrested and displaced. To open out a relationship to the image is also the opening to the proximity of violence. Thus each painting might contain a hidden figure: that of a coiled spring.

The enterprise of the early Romantics was in entering ruins and ruination, collecting lost fragments, assembling quotations, assembling encyclopaedias of a lost reserve of sense: all in turn suspended in a state of oscillation between the realms of necessity and freedom. In this context these paintings might be understood as post-romantic (sober), but anyway, definitely not the post-ness of post-modern. They are not timely paintings, even remote from the very idea of being so, similar in this sense to Morandi, but without weight of expectancy. Morandi was in pursuit of dimensions that recoiled from being made visible whereas these paintings recoil around the pure image of schematism.

It might be that writing counsels these paintings without them ever becoming literary paintings. Pessoa, Blanchot, Borges are present, whereas Constable, Jones,
Durer, Richter are visible. What is present and what is visible are in circulation without the gap between the textual and the visual being closed into a circulated statement.

Lychee One has the pleasure of presenting the next episode of a painter who compels us to attend to all the attentions of the once passed over. 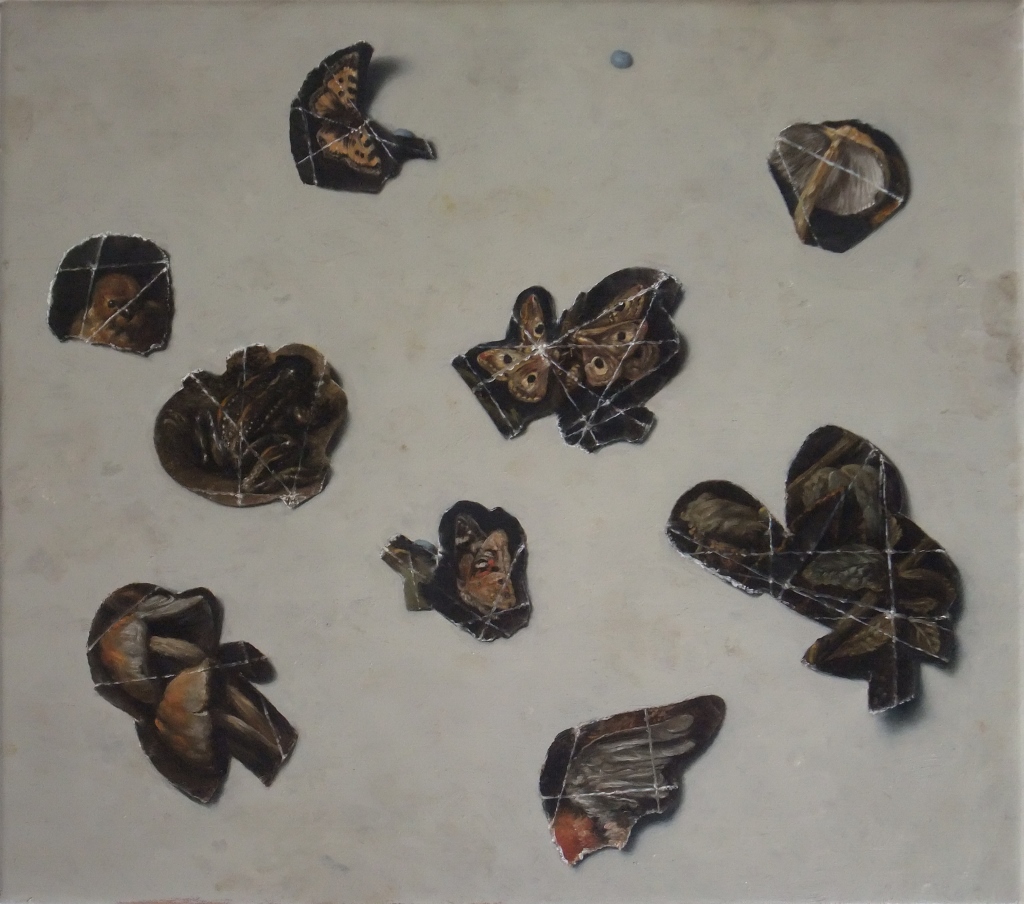 Fragments from a forest floor, Aviary