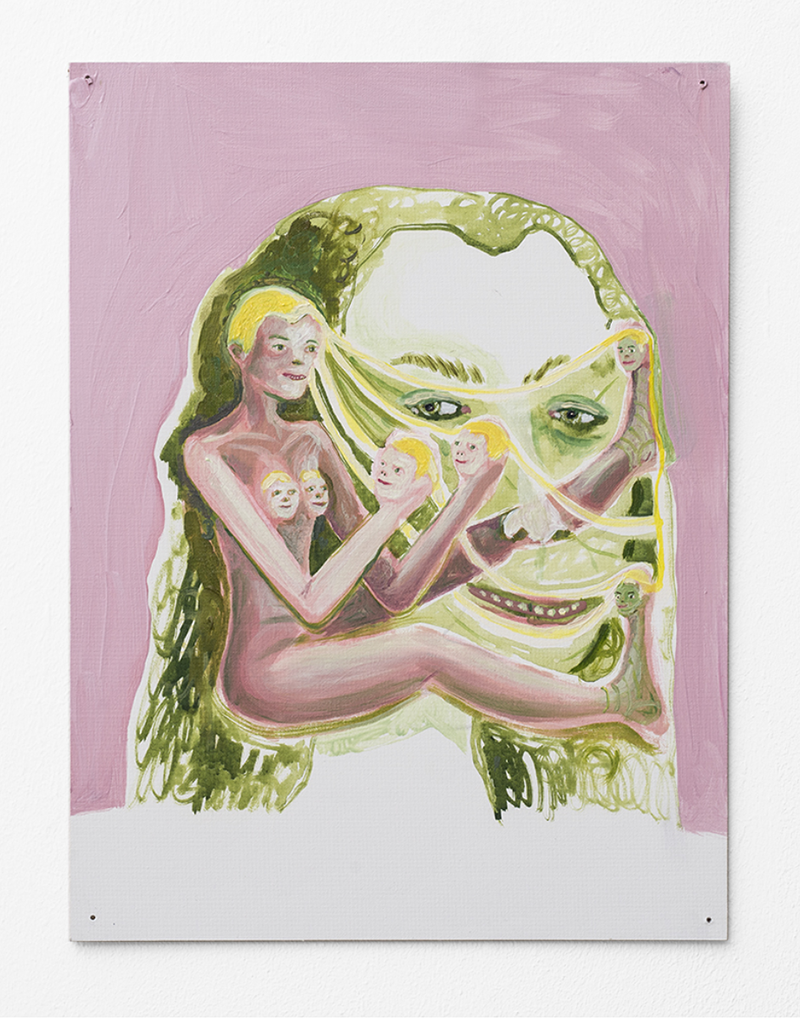 She said that there was two main forms of memory; one secured in the softer tissues of the body, the other stored in the hard tissue of the bone structure. Soft tissue memory was inclined to be delicate and even sporadic in its nature, whereas there was something more enduring and thus certain about hard tissue memory. This insight was not based upon science but was something closer to the nature of reverie. She added that memory went in two directions and that this was the basis of memory having a relationship to the future. Memory of the future is obscure because it is conflated with the imagination but this is a difference we are required to understand as painters, was the final claim.

“Lets call the exhibition ‘Bone Memory’ then. I never heard of an exhibition with such a name before. We might talk of feeling something in our bones as if there is a location of deep sensation in the body, a visceral unconscious if you like, but the idea of bone memory has a feel to it.”

“Recently I have been dreaming differently; all kinds of images are in circulation inside of me. It is supposed that a painter leaves a trace of inner life but I always think that I paint on the outside of myself, or put in another way, my elsewhere. It is like a process of unlocking something unknown, as opposed to a clichéd figuration pertaining to inner life.”

The conversation went back and forth. It was not so much a case of assembling paintings within a space but rather grasping hold of all the leakages within the empty space in-between. A show has to touch a nerve but that might be too easy to say but complex to arrive at.

“There needs to be a pulsation running through the space. Something that you cannot see but is there, closer to a force perhaps.”

One of the painters had been reading something about the idea of aesthetic community whose primary focus is in the production of the new. Everything might be gathered within a free play of mediums, energetics, therapeutics, encounters, passions in order to release invention, mobility and transformation of means into a mode of free play. It was such things that stood alongside the act of painting and created a sense that it was not merely a combination of labour and skill.

One of the painters had not uttered a word. Painting she said can never be the production of a definite thing but rather is the production or relationship to the rule that underlies things. Nothing is quite as it appears and that art is a trace of this unsettling process. But then she added that she need to be with this,as opposed to thinking it all the way through. Painting is evasive, she thought to herself, but declined to say. She then wondered what else had not be said.