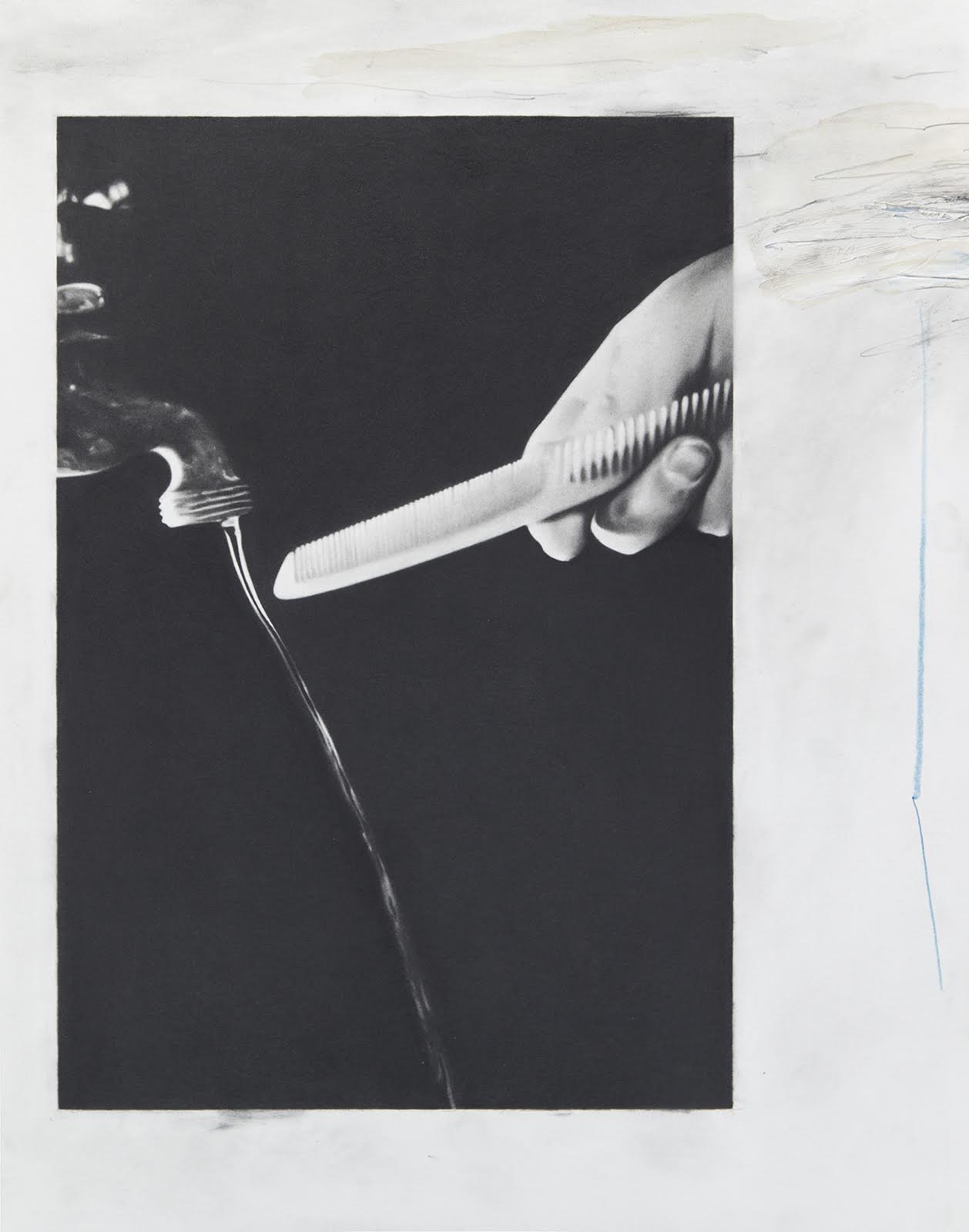 AISHAN YU: “Everything escapes, everything creates…. “

A woman sits at her table drawing. Hours go by and she drifts in this space alone with the image of her attention. Occasionally other images enter her mind but then they depart as soon as they appear to form. A photograph is just a photograph, a drawing is just a drawing: well at least that is how it appears to be. Is she trying to close the gap that creates such difference? She often ponders on such things but the act of drawing at least has some certainty attached to it. She thinks that drawing might be closer to mediation because it emptiness out thought.

The woman stops drawing and thinks to herself that she might be simply stupid. The drawing of the photograph appears close but is yet so different. Is that what she has discovered. Maybe certain things are always imbued with uncertainty.
She needs to make a mark outside of the drawing. It is as if it could be any mark and yet it has to be a certain type of mark. The tension grows between the image already drawn and the mark yet to come. The image has been determined by appearance whereas the mark registers a non-identical relationship to this. For a brief passage everything is open especially the possibility of failure. If the mark is wrong then the whole drawing falls into ruin. The mark is closer to a gesture to what is unknown and even dangerous. Is a mark then just a mark? As an outcome it might appear so but then that is the nature of appearance: just so. Not this, not that: just so.

Drawing is a mixture of anxiety and desire she thinks to herself, anxiety because each outcome is indeterminate and desire because the indeterminate is opened out by accident that escapes control. A cloud settles over the drawing. Clouds are like moods because they drift. Moods are also like vapours or scents but whatever they seem to drift by or circulate around.

As a child, science, or at least children’s books presenting scientific facts, fascinated her. This composed her imaginary of certainty. The way balls hitting a wall bouncing back at a determinate angle, a comb bending the flow of water due to the static electricity it generated through combing, in fact a whole world of experiment took over. Against this the world of the images was full of ambiguity. She suspected that in the end there was always something out of control but was nonetheless attracted by images that demonstrated control. She liked the image that issued from patterns. Weaving she said was the formative method giving rise to the computer but then everything might be related to weaving.

She has been reading stories by Borges. An image is formed of finding and then losing oneself only to find and lose oneself again as if in a labyrinth. Maybe her drawings compose such a labyrinth. They are certainly closer to a labyrinth than a grid. A grid would lead into representation and in turn knowing. What something looks like and what something is different. There is always a gap and this gap is like a labyrinth: always a case of getting lost and having to start all over again.

Desire comes out of gaps. We might wish to close the circle but then something else interrupts. These drawings are composed out of smooth passages and interruptions. We could say that this is an abstract pattern or diagram. The slow time of the image and the fast time of the mark is part of this condition. Everything that is inscribed in or whatever circulates around or through is recorded within this abstraction. The constant struggle to find and to lose yet again, to suffer anxiety, the interruptions and the continuities: everything is there.

Drawing Paul Klee said is taking a line for a walk but in this case it might a closer to a display of relations. This display is composed out of paradoxes such as getting so close to something and then seeing it spiralling out of sight, repeating something but then discovering a production of difference, relaxing to uncover intensity. Finally we are left alone. Everything has become still and we are simply left alone with all the variables composed.

“Everything escapes everything creates – never alone…”[1]

[1] Deleuze and Guattari, A Thousand Plateaus, 142