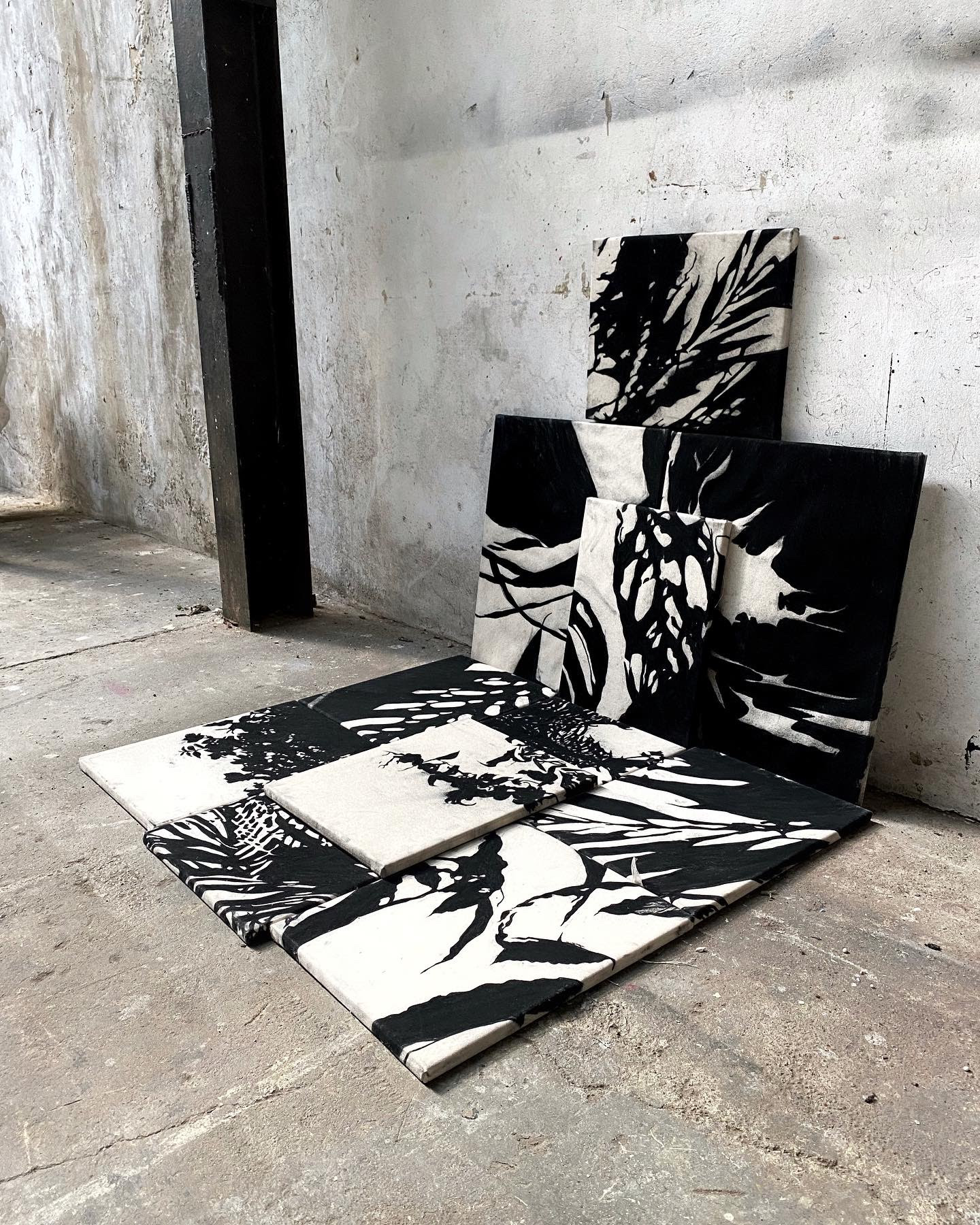 “Thus, in a middle course between these heights and depths, they drifted through life rather than lived, the prey of aimless days and sterile memories, like wandering shadows that could have acquired substance only by consenting to root themselves in the solid earth of their distress.”
- Albert Camus

Disasterpiece is a show of dichotomies. Dichotomies between balance and chaos, beauty and disorder, abstraction and representation, extravagance and the abject.

It is a show that has been borne out of the hectic and significant portion of history that has been the last two years. Global chaos ran rampant and optimism, beauty, and creativity were hard to find. All over the world the resilience of the human spirit triumphed and many lessons were learnt. This show is tied temporally to that period of history, and as such had become in some ways the artist’s response to it. Indirect and inchoate though it may be.

This show has been occupying space in the artist’s mind for over a year. Since that time he has spent time in the unforgiving -30 degree Finnish winter, and that calm and harsh melancholy that pervades the season has found its was into the works also, taking its place in the negative space between forms.

Here attention is turned towards the overlooked, things tainted by dirt and disorder.
In the shadows beauty hides, and in the prying open of these neglected spaces discoveries are made.

The works are created in the unforgiving medium of charcoal on raw canvas. Once laid down, any mark or smudge, accident or disaster is there forever, and serves as a reminder of the artists fallibility. Often silhouettes, these images of plants and shadows are sometimes cropped and reordered so as to render their representation codified. Universal symbols of shadow slot together so as to create a labyrinthine mass that is overpowering and dystopian. Nothing is sacred and nowhere is safe.

The curation will be site-specific, and so Disasterpiece should therefore be encountered as one immersive experience rather than as a collection of paintings.

Benjamin Murphy is a visual artist and writer based in London. Born in West Yorkshire in 1988, Benjamin now exhibits globally. He holds both a Bachelors degree and a Masters degree, specialising in Contemporary Fine Art. His current work explores themes of polarity, time, memory, and contrast – often rendered in charcoal on raw canvas. He is the co-founder and co-director of Delphian Gallery, and is an associate lecturer at the University of the Arts London. He enjoys reading, skateboarding, and talking about himself in the third person.